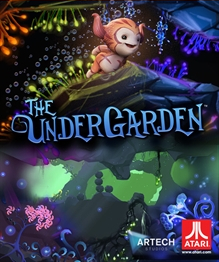 The Undergarden was delisted on Xbox 360 in North America some time after March 22nd, 2018. This is the last date where an  Archive.org capture shows the game was available to buy. The capture also shows that it was still on sale despite the “Deals With Gold” promotion that included the game having ended on February 13th. UFO Interactive tweeted about the sale on February 6th which also included Rock of the Dead and Scourge: Outbreak, both of which have also been delisted. The Undergarden was first confirmed delisted no later than June 4th, 2018 when we checked the game’s availability on Xbox.com.

The Undergarden remains available on Steam and on PlayStation 3 in North America, Austraila, and Europe. On Steam it has changed publishers twice, first from Atari to Tommo Inc in January of 2014, and shortly after from Tommo to Retroism in October of 2014. On PlayStation 3 and Xbox 360 it was originally published by Atari but then changed hands to UFO Interactive, presumably in early 2014 alongside the changes to the Steam version.

“Challenge your mind in the wondrous depths of The UnderGarden. Plunge into a unique new world exploring large underground caverns, encountering mysterious creatures to befriend or avoid. Solve mind-bending brainteasers and puzzles as soothing tunes accompany you on your journey through 20 distinct levels of state of the art 3D graphics. The UnderGarden offers a mental challenge and aesthetic experience like nothing else.“