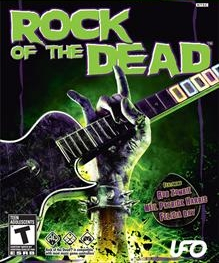 The Xbox 360 Games on Demand version of Rock of the Dead was delisted in North America some time after March 22nd, 2018. This is the last date where an Archive.org capture shows the game was available to buy. The capture also shows that it was still on sale despite the “Deals With Gold” promotion that included the game having ended on February 13th. UFO Interactive tweeted about the sale on February 6th which also included The Undergarden and Scourge: Outbreak, both of which have also been delisted. Rock of the Dead was first confirmed delisted no later than June 4th, 2018 when we checked the game’s availability on Xbox.com.

Rock of the Dead remains available on physical media for Xbox 360 and PlayStation 3.

“ROCK OUT WITH YOUR GUITAR OUT!“

“Grab your axe and jump off stage as you transcend from aspiring musician to global rock god! Use the power of rock to unleash sonic blasts on hordes of flesh eaters. Riff your way through the infected masses to the soul-ripping tunes of Rob Zombie and save the world! Use your guitars and drums to annihilate aliens, squash mutated insects and smash up the undead zombie hordes Battle the undead with a friend. Plug in another guitar or drum kit for 2-player competitive co-op play. Featuring the voice talents of Neil Patrick Harris, Felicia Day, and Rob Zombie.“