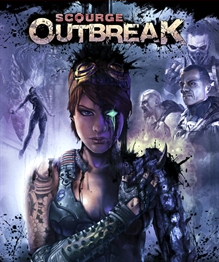 Scourge: Outbreak was delisted on Xbox 360 in North America some time after March 22nd, 2018. This is the last date where an Archive.org capture shows the game was available to buy. The capture also shows that it was still on sale despite the “Deals With Gold” promotion that included the game having ended on February 13th. UFO Interactive tweeted about the sale on February 6th which also included The Undergarden and Rock of the Dead, both of which have also been delisted. Scourge: Outbreak was first confirmed delisted no later than June 4th, 2018 when we checked the game’s availability on Xbox.com.

Scourge: Outbreak remains available digitally on Steam and PlayStation 3 where it was published by Bitbox S.L.

“Blast your way through Nogari Island as Echo Squad, an elite group of mercenaries hired by the Tarn Initiative to end Nogari Corporations iron grip on the worlds cowering governments. Utilize a devastating array of weapons and special abilities to crush everything that stands in your way, as you fight to discover the sinister truth behind Nogaris “Ambrosia” fuel technology. Features a fully Co-op enabled Campaign for up to 4 Players, as well as a variety of 8 Player Versus multiplayer modes!“