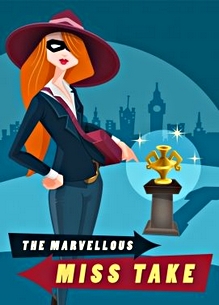 GOG.com PR representative, emter_pl, announced on November 22nd, 2019 that two titles from publisher Rising Star Games would be delisted from the store later that same day. Both Kromaia and The Marvelous Miss Take were removed from sale on GOG.com at 2pm UTC time. The brief announcement explained only that “expired licenses” were the cause of the delistings.

“Hold the front page: a once magnificent art collection left behind by a kindly benefactor has been unscrupulously poached and split up among private collectors around London! Enter Sophia Take, the rightful heir to the misappropriated masterpieces and, now, a would-be cat burglar to boot!

To reclaim her inheritance, players must help Sophia embark on an exciting and daring heist adventure packed with fast-paced thieving action. Armed only with a talent for misdirection and the friendship of two like-minded portrait purloiners, she sets out to steal back what was once hers…

Packed with thought-proving dilemmas and high-security measures, The Marvellous Miss Take turns the stealth genre on its head by using organised chaos to keep players on their toes. Successfully pilfering portraits isn’t as easy as it may seem: wandering guards decide their patrol routes on the fly, security cameras keep watch over everything and even innocent gallery goers just visiting to admire the art might raise the alarm if they see something suspicious. Only by using quick wits and even quicker reflexes can players hope to grab the loot and escape unseen – there’s no option for violence and the clock ticking!“