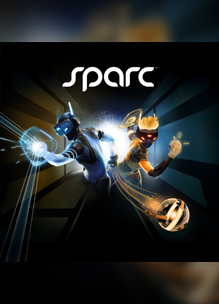 vSports fans – all good things come to an end, even to plasma-clad champion athletes. Today, we have begun the process of discontinuing support for Sparc to focus CCP Games’ efforts and resources on new developments in our evolving portfolio of EVE Universe titles.

We are extremely proud of what we accomplished with Sparc and want to extend our deep appreciation to all our players for their support throughout the game’s lifecycle. It is an honor to have been a part of such a dedicated community.

For the time being, you won’t see any effect if you own a copy of the game. The game will continue to be playable with our servers remaining active until date August 5th 2022.

On August 5th 2022, Sparc’s servers will be turned off, social media profiles will be closed, and this website will go offline. Once servers are deactivated, Sparc will no longer be playable.

Thank you for being a part of Sparc. We remain open to exploring future opportunities in the VR space, but for now, we look forward to the next chapter of the EVE Universe. We hope you’ll be a part of it and continue the journey with us.

Sparc is a vSport
Connect and compete in a virtual sport, or vSport – a unique physical sport only possible in virtual reality. Play a fast and fun competitive experience. Throw, dodge, block and deflect in full body VR gameplay. Online multiplayer matches with different gameplay modes and immersive spectator option. Customize your avatar and have your appearance respond to your body’s movements in real time.