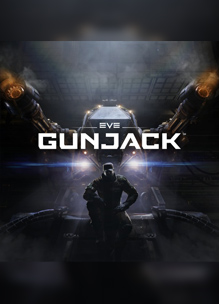 Courageous gunjacks – All good things come to an end, even to fearless turret operators. Today, we have begun the process of discontinuing support for Gunjack to focus CCP Games’ efforts and resources on new developments in our evolving portfolio of EVE Universe titles.

We are incredibly proud of what we accomplished with Gunjack and want to extend our deep appreciation to all our players for their support throughout the game’s lifecycle.

For the time being, you won’t see any effect if you own a copy of the game. The game will continue to be playable with our servers remaining active until Fri 5 August 2022.

On Fri 5 August 2022, Gunjack’s servers will be turned off, social media profiles will be closed, and this website will go offline. Once servers are deactivated, customer support for Gunjack will no longer be provided.

Thank you for being a part of Gunjack. We look forward to the next chapter in the EVE Universe and hope you’ll be a part of it and continue the journey with us.

Step into the boots of a gunjack, a lone gunner with an impossible job: shoot everything that moves. Jack into your turret, power up your guns, and defend your mining platform from deadly waves of enemy ships determined to blast you and your crew into oblivion.

STAND YOUR GROUND AT HOME OR ON THE GO
Stage your defense from the comfort of your favorite gaming den with a Playstation VR, Oculus Rift or HTC Vive headset, or take the battle on the road with the Samsung Gear VR mobile virtual reality headset and a compatible smartphone. Welcome to the future of VR gaming, Gunjack.