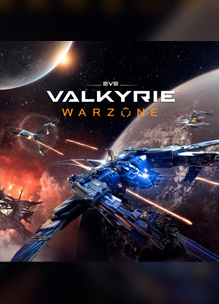 Intrepid pilots – all good things come to an end, even to the immortal Valkyries. Today, we have begun the process of discontinuing support for EVE: Valkyrie to focus CCP Games’ efforts and resources on new developments in our evolving portfolio of EVE Universe titles.

We are incredibly proud of what we accomplished with EVE: Valkyrie and its Warzone expansion and want to extend our deep appreciation to all our players for their support throughout the game’s lifecycle. It is an honor to have been a part of such a dedicated community.

For the time being, you won’t see any effect if you own a copy of the game. The game will continue to be playable with our servers remaining active until August 5th 2022.

On August 5th 2022, EVE: Valkyrie’s servers will be turned off, social media profiles will be closed, and this website will go offline. Once servers are deactivated, customer support for EVE: Valkyrie will no longer be provided.

Thank you for being a part of EVE: Valkyrie. We look forward to the next chapter in the EVE Universe and hope you’ll be a part of it and continue the journey with us.

In EVE: Valkyrie, you are an elite space fighter pilot who has recently become immortal, thanks to the efforts of Rán Kavik, leader of the breakaway pirate group known as the Valkyrie. As a newly-recruited member of the Valkyrie, you will battle rival pirate factions for wealth, supremacy, and notoriety.

Warzone is designed to be perfectly balanced and playable on a flatscreen as well as in VR on both PC and PS4.