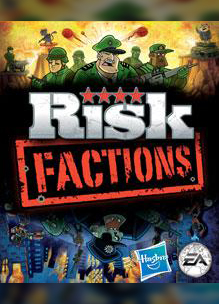 RISK: Factions was delisted on Xbox 360 no later than June 26th, 2016 according to this report from TrueAchievements.com. It was presumably delisted on PlayStation 3 around the same time. The game would not be delisted on Steam until October 5th, 2020. Although this last delisting occurred years after EA’s license from Hasbro expired it remains the most likely cause for the game’s removal from Steam.