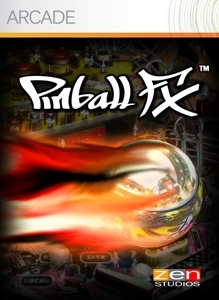 Pinball FX was removed from sale on Xbox 360 no later than November 1st, 2010, shortly after the release of Pinball FX2. One of the earliest mentions of the game’s removal can be found in the comments of this TrueAchievements.com forum post.

Like its successor, Pinball FX was likely removed to consolidate support into a single newer title and to avoid potential consumer confusion with multiple releases.

“Pinball FX sets a new standard for realistic ball physics and graphical detail in pinball video games. The FULL version supports the Xbox 360 Live Vision camera, which lets you control the flipper arms with hand/arm motions or chat live. You can also play in online multiplayer competitions, and download new tables from Xbox LIVE Marketplace. Pinball FX is pinball at its best!“