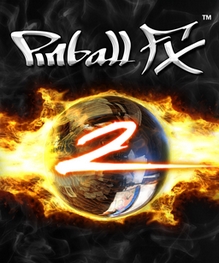 Like its predecessor, Pinball FX2 was likely removed to consolidate support into a single newer title and to avoid potential consumer confusion with multiple releases.

“Pinball FX is back, and it is better than ever! Pinball FX2 offers brand new tables and a host of new features and improvements: new state-of-the-art physics model that surpasses anything available so far, full compatibility for Pinball FX owners, online races, hotseat and split-screen multiplayer modes, Operators Menu with custom settings and advanced play info.“