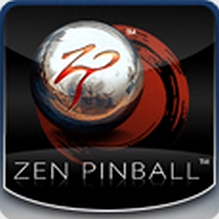 Zen Pinball was likely delisted from PlayStation 3 around the release of Zen Pinball 2 in September of 2012. It was likely removed to consolidate support into a single newer title and to avoid potential consumer confusion with multiple releases.

Many of the tables from this title can be imported or purchased in newer versions of the game. Table availability in Pinball FX3 can be found here. Individual releases containing some of the Zen Pinball tables also remain available on the Nintendo 3DS.

The rules are simple: the player has to keep the ball on the playfield by using the flippers, and – occasionally – by slightly nudging the table. Each target, loop and ramp scores a certain amount of points, and there are special modes that can be triggered by specific methods on each table. The flashing lights on the playfield and the messages on the dot matrix display always tell which way to shoot the ball.

ZEN Pinball also offers two major features you will not find in other pinball games: you can compete head to head in single games with other players over PlayStation®Network, and you can also enter multi-day Tournaments to test your scoring skills against the pinball fans all over the world!“