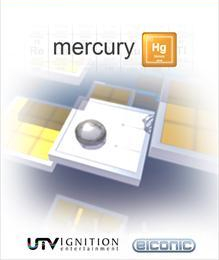 The Mercury titles published by Ignition Games (Archer Maclean’s Mercury [PSP, Vita], Mercury Meltdown [PSP, Vita], and Mercury Hg [PS3]) were delisted from the PlayStation Store in Europe no later than October 9th, 2018. This is the date when we received a submission pointing out the absence of Mercury Hg and began investigating.

Mercury Hg has also been delisted from the Xbox 360 in Europe and North America. For a time, this left the North American PlayStation 3 as the only platform where the game could still be purchased but it too was delisted sometime after October 2018 and before March 2019.

As of this writing no explanation has been given by Ignition for the territory-specific delisting. The PlayStation Portable titles remain available to download in North America and on physical media in the territories in which they were released. Swarm, also published by Ignition Games, has been delisted worldwide while other titles from the publisher remain available.

“Mercury Hg is the next step in the evolution of the Mercury series. This version of the unique arcade puzzle action series now has graphical brilliance to match its entertaining blend of balance, puzzles and mazes. Featuring 60 progressively difficult levels and all new tile obstacles such as conveyors, doors, moving platforms and ultra-slippery and sticky sections, Mercury Hg delivers great value along with great fun.”