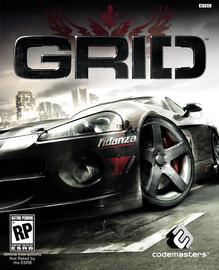 GRID was delisted on December 31st, 2016 on Steam, GOG and Xbox 360 Games on Demand. Advance notice was given by GOG.com who published a post on December 29th announcing the game’s delisting and a final sale. GRID joins other Codemasters titles, DIRT 3 and F1 2013, which were also delisted on December 31st. Licensing deals with car manufacturers is the likely cause of the delisting in all cases but no official confirmation has been given by Codemasters.

“GRID is all about the race. Every moment from the adrenalin rush at the start lights to the elation at the chequered flag – the tension, pressure, noise, and action. Featuring only the most powerful race cars – current and classic, circuit and drift – players will compete to conquer the most prestigious official race tracks and championships and then go beyond to compete in challenging city-based competitions, through to road events and urban street races.

In Europe, race prestige marques on the greatest official race circuits. Enter street competitions and race high-performance V8 muscle cars through iconic U.S. cities including San Francisco, Washington DC and Detroit. In the Far East, Japanese racing culture sets the tone where night races, including Drift racing, take drivers through neon illuminated cities and to outlying mountain roads. As the antithesis of the box-ticking, race game, GRID delivers races crammed with action and incident to create the most intense, the most aggressive and the most engrossing racing game for years. Whereas other titles may have lost sight that racing is the main event, in GRID everything builds up to creating an unparalleled race experience.“