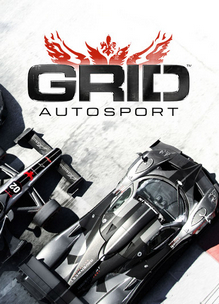 GRID Autosport  was delisted from Steam on July 1st, 2020 when its price was set to $0.00. The game’s Steam store page simply reads “at the request of the publisher, GRID Autosport is no longer available for sale on Steam”. As of this writing the game has also been delisted from PlayStation 3 in Australia and Europe. It is expected to be delisted worldwide from PlayStation 3 and Xbox 360 in the very near future.

Like many delisted racing titles from Codemasters, GRID Autosport was most likely delisted due to expired licensing of the real-world cars, personalities, or music featured in the game. The Nintendo Switch version is expected to remain available for some years as it was released five years after the original and likely has updated licensing terms.

“GRID Autosport is the first full-on racing simulator for Nintendo Switch™, engineered to deliver an irresistible mix of high-speed thrills and believable handling.

Step into a career as a pro-racer, mastering the world’s fastest cars to win motorsport’s most exciting races, from the hallowed asphalt of the Indianapolis Motor Speedway to the narrow city streets of Barcelona.“

RACE ANYTIME, ANYWHERE
Enjoy best-in-class AAA racing at home or on the move!

SCALEABLE CHALLENGE
Customize your controls and difficulty level. From nice ’n easy to super hard, it’s up to you to set the bar.

Thanks to @I8albert for submitting this game to the site