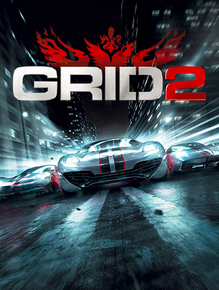 GRID 2 was delisted from Steam on August 8th, 2019 when its price was set to $0.00. The game’s Steam store page simply reads “at the request of the publisher, GRID 2 is no longer available for sale on Steam”. The game was likely delisted on PlayStation 3 and Xbox 360 around this same time.

Like many delisted racing titles from Codemasters, GRID 2 was most likely delisted due to expired licensing of the real-world cars, personalities, or music featured in the game.

“GRID 2, the long-awaited sequel to Race Driver: GRID, drifted onto PC, PS3 and Xbox 360 in 2013. The title brought with it a brand new World Series Racing Championship, which saw the greatest cars, drivers and events all coming together in the search for a new motorsport icon. You would have to prove yourself in a variety of racing disciplines such as circuit, drifting and street before claiming the title.

The innovative Live Routes system saw street circuits dynamically change as the player raced, meaning that they would have to think on their feet and rely on split second reactions rather than learning the circuit.

Heralded at release as a title that ‘could be the best racer of this gen’ by Official PlayStation Magazine, the game gained particular plaudits for its audio – IGN’s Luke Reilly said: ‘Codemasters has done an exceptional job with the audio. There’s a pleasing rawness to the engines, and the sound of the tyres thumping across different surfaces doesn’t go unnoticed.’”