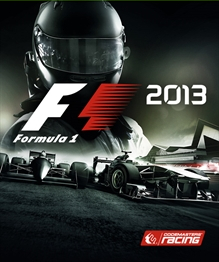 F1 2013 was delisted on December 31st, 2016 on Steam and Xbox 360 Games on Demand. The game was presumably delisted at the same time on the PlayStation Store for PlayStation 3. F1 2013 joins other Codemasters titles, GRID and DIRT 3, which were also delisted on December 31st. Licensing deals with car manufacturers is the likely cause of the delisting in all cases but no official confirmation has been given by Codemasters.

“F1 2013 players will get more from their game with RaceNet, Codemasters’ free online community hub. RaceNet will power regular community challenges, which will begin this weekend with a Time Trial event in Korea where players will compete to set the best time on online leaderboards around the circuit in dry conditions in a Williams car. Each entrant will earn 1000XP which can go towards unlocking rewards, including in-game helmets.

RaceNet also enables players to set up Custom RaceNet events. Players can set their own Time Trial scenarios, choosing circuit, weather conditions, car and duration of the event, and challenge their RaceNet friends to compete to set their best time on leaderboards. RaceNet also includes visual stats and game progress updates and every F1 2013 player with a RaceNet account will receive the 1976 Ferrari 312 T2, as starring in the film Rush. Gamers can sign up to RaceNet today at www.racenet.com .

F1 2013 is available in two editions. F1 2013 includes the full game of the current season and classic content from the 1980s. Alternatively, fans can choose to purchase F1 2013: Classic Edition, a premium version of the game limited to a run of just 10,000 units in the UK (Insert Territory Details Here), featuring bespoke box art and expanding the game with 1990s Content and Classic Track Packs. Classic content in both editions is introduced by legendary broadcaster Murray Walker and can be experienced in a range of game modes, including split-screen and online multiplayer.

F1 2013 is further improved and enhanced with wide-ranging technical and gameplay improvements. New Scenario Mode pushes gamers to complete realistic FORMULA ONETM challenges and earn awards for quick-fire racing, whilst mid-session saves allow players to complete a full GRAND PRIXTM weekend at their own pace. An expanded Young Driver Test, based on the real world event set at Abu Dhabi’s Yas Marina, eases novices into the world of FORMULA ONE and includes a range of challenges to enable players to master elite driving techniques. F1 2013 makes another dramatic leap forward in graphical quality, setting the benchmark for how good a racing game can look, and improved driver AI behaviour will further immerse players in unique FORMULA ONE races.“