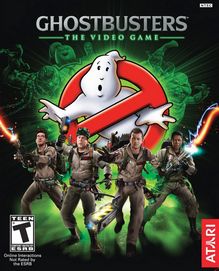 Ghostbusters: The Video Game was delisted from Steam on February 6th, 2017 in the US, Europe, Australia, and Japan. It remains available on physical media for most platforms including Xbox 360, PlayStation 3, PlayStation Portable, Nintendo Wii, Nintendo DS, PlayStation 2, PC. The Xbox 360 Games on Demand version is still available to download as of June 2019 but GameStop download codes are no longer on sale.

Though the developer, Terminal Reality, went defunct in 2013, the cause for the Steam delisting is most likely due to the Ghostbusters license. The game was available for seven years and seven months and was likely renewed at least once in that time. With Atari continuing to change directions from console games, to PC early access, to mobile and now to hardware and licensed goods, it’s probable that they chose not to renew again. The Xbox 360 Games on Demand edition will potentially be delisted in 2019 around the release of Ghostbusters: The Video Game Remastered.

Who ya gonna call?
“The Ghostbusters are back for an all new adventure! With Manhattan overrun again by supernatural creatures, gamers take the role of a new recruit joining the famous Ghostbusters team. Equipped with a variety of unique equipment and gadgets, players hunt, fight and wrangle a wide range of ghosts in an all-new battle to save New York City from its latest paranormal plague.“