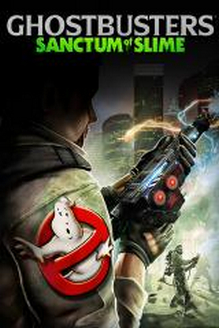 Ghostbusters: Sanctum of Slime was delisted from Steam on February 6th, 2017 in the US, Europe, Australia, and Japan. It remains available to download on PC from both Atari and Amazon as well as PlayStation 3 and Xbox 360  as of July 2017.

Similar to Ghostbusters: The Video Game, the developer of Sanctum of Slime is also defunct but the cause for the Steam delisting is most likely due to the Ghostbusters license. The game was available for nearly six years and was likely renewed at least once in that time. With Atari continuing to change directions from console games to PC early access to mobile and now to hardware and licensed goods, it’s probable that they chose not to renew again. The remaining digital editions (including the Steam page for the game’s DLC) will presumably be delisted as well before the end of 2017.

“Strap on your proton packs for an all-new Ghostbusting adventure! Ectoplasmic threats are spawning all over New York, and only you and your team of rookie Ghostbusters can stop them. Choose from 4 new playable characters. Hop in the all-new ECTO-4WD and blast your foes with a medley of destructive weapons. Battle against the hordes of evil entities alone or with a team of friends through local or online multiplayer co-op. Show them you ain’t afraid of no ghosts!“