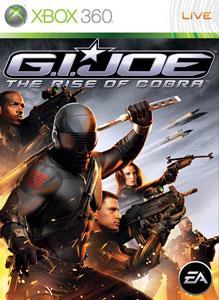 G.I. Joe: The Rise of Cobra was delisted from Xbox Live Games on Demand between February 12th, 2014 and February 1st, 2015 but was most likely removed no later than October of 2014. The downloadable version of the game on PlayStation Portable is no longer available but a timeframe for its delisting has not been substantiated. The best guess is that it was delisted alongside other EA Hasbro titles in the Fall of 2014. Electronic Arts held the Hasbro license from 2007 to 2014 and released several games based on their board games on numerous platforms. Ubisoft announced in August of 2014 that it was the new license holder for Hasbro properties resulting in the delisting of this and most other EA published titles.

“COBRA prepares to unleash its deadliest plot, and the only thing standing between them and supremacy is the G.I. JOE TEAM. This operation is like none the G.I. JOEs have faced before. Every mission is critical and therefore selecting the best team of heroes for the job is of the upmost priority. Personally select G.I. JOEs for each mission, focusing on their individual class, which include specializing in close-range combat, long-range combat, or a balance of the two styles. Be prepared to enter frozen tundra, desert plains, and dense jungle terrain, to encountering COBRA’s elite bosses. Do you have what it takes to lead the charge and conquer the day? Pick up the action where the blockbuster movie leaves off.“