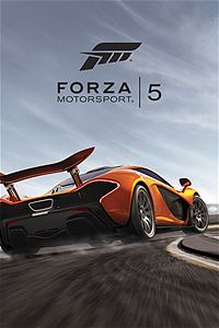 Forza Motorsport 5 was delisted on Xbox One no later than October 5th, 2017. Similar to Forza Horizon before it, Forza 5 was included in September’s Games with Gold offerings, indicating to many that it would be delisted shortly after the promotional period.

Unlike Horizon however, Turn 10 gave no advanced notice before delisting the game and its DLC which was tied to a handful of exclusive Achievements. A Turn 10 spokesperson issued an official statement after the fact which TrueAchievements.com published on October 5th:

As with Forza Horizon, the delisting is most likely due to the game’s licensing of music and vehicles.

The game remains available to purchase on disc. As of this writing download codes for the full game and several of its DLC packs are also available.

“Where Dreams Are Driven
Forza Motorsport 5 is a cinematic automotive journey starring the world’s greatest cars and tracks. Built from the ground up to take advantage of Xbox One and the vast power of the cloud, no game better delivers the wide-eyed thrill of racing.

Never Race Alone
By learning how you and your friends drive, the power of the cloud delivers real human behavior. Drivatar technology creates an ever-evolving network of opponents who are always ready to race. Real tendencies, real mistakes, real victories.

Astonishing Detail
A new graphics engine created exclusively for Xbox One delivers physically based material rendering that re-creates the real-life characteristics of thousands of unique materials. Surfaces such as metal, glass, leather, rubber and concrete look real enough to touch.

Your Ultimate Car Fantasy
The most diverse lineup of vehicles ever seen in a Forza Motorsport game: from classic sports cars to modern tuners, purpose-built racers to extreme exotics and, for the first time in “Forza Motorsport,” open-wheel race cars.“