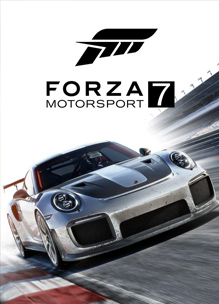 Turn 10 Studios announced on July 29th, 2021 that Forza Motorsport 7 and its DLC would be removed from sale on September 15th, 2021. The game was removed from the Microsoft Store for both PC and Xbox One, and was also taken out of the Xbox Game Pass library. Turn 10 announced a solution for the unique situation created by Game Pass where players may have purchased DLC for the game without owning the full title. Between July 29th and August 2nd, players in this situation were issued a token redeemable for a digital copy of Forza Motorsport 7, valid through September 15th, 2023. The game remained on sale at 75% off up to September 15th. Turn 10’s full announcement follows:

On September 15, 2021, Forza Motorsport 7 will reach End of Life status. This means that the game and its DLC will no longer be available to purchase in the Microsoft Store or available with Xbox Game Pass.

However, after September 15, players who already own Forza Motorsport 7 will still be able to download and play the game and its associated content as normal. In addition, features like multiplayer and online services will still be accessible for those who own the game.

For any Xbox Game Pass players who previously purchased DLC for the game, but not the game itself, we have good news! You will receive a token for the game through the Xbox Message Center so that you can continue playing Forza Motorsport 7. Token distribution will be through August 2. However, if after that date you have not received your token, please contact Xbox Support here. (Unused tokens will expire on September 15, 2023.)

If you know someone who has yet to play Forza Motorsport 7, we are offering a discount on the game in the Microsoft Store through September 15.

For anyone keeping an eye on our Rivals events with our esports partners, after September 15 we will continue to provide content to support our partners’ esports competitions with new Rivals events coming soon, so there’s still be plenty of racing action to be had. For more info on FM7 and Game Pass, check out the article on our support site .

As with past Forza titles, the delisting aligns with the four-year anniversary of the game’s release and likely relates to expired licensing of the numerous automobiles, manufacturers, products, and music featured in the game.

Experience the thrill of motorsport at the limit with the most comprehensive, beautiful and authentic racing game ever made.

Forza Motorsport 7 is where Racers, Drifters, Drag Racers, Tuners, and Creators come together in a community devoted to everything automotive. Drive the cars of your dreams, with more than 700 amazing vehicles to choose from including the largest collection of Ferraris, Porsches, and Lamborghinis ever. Challenge yourself across 30 famous destinations and 200 Tracks, where race conditions change every time you return to the Track. Experience it all in gorgeous 60fps and native 4K resolution in HDR!