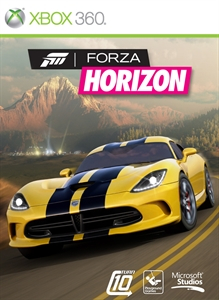 Forza Horizon was delisted on Xbox 360 on October 20th, 2016. Turn 10’s Brian Ekberg confirmed the details in a post on the Forza Motorsport blog on September 23rd:

Shortly before the news, Forza Horizon was included in the Games with Gold program and was available to all Xbox Live Gold members from September 1st through the 15th. Anyone who grabbed the game through mid-September or purchased it previously can still re-download it through their Purchase History page.

The reason was not stated but the delisting is most certainly due to licensing. Nearly 60 different manufacturers are featured in the game and 62 artists appear on the soundtrack. Renegotiating new terms with two sequels ahead of it was likely not a priority for Turn 10 or Microsoft.

“Forza Horizon is an action racing game set on the epic open roads of Colorado with a thrilling music festival backdrop. Combining stunning graphics and cutting-edge music with legendary Forza authenticity and a superb collection of cars to drive, Forza Horizon is an open-world automotive playground that puts a spotlight on speed, style, and the freedom of the open road. Check out the trailer for Forza Horizon. This is where cars belong!“

The Open Road
The open roads of Colorado are your automotive playground in Forza Horizon. Unrivaled variety and stunning vistas await you as you travel through a world just begging to be explored in the cars of your dreams. Test your driving skills in a variety of race events—circuit racing, drifting contests, point-to-point races, as well as mixed-surface and dirt racing. Forza Horizon will also feature a dynamic day/night cycle, offering consistently fresh challenges for drivers and a limitless palette for Forza photographers to experiment with. From the open plains to gorgeous mountain peaks and the Forza Horizon festival itself, Forza Horizon’s Colorado is a paradise for completionists, explorers, and racers of every skill level. This is Colorado, this is Forza Horizon. This is where cars belong.

Drive Your Dream
Cars are the star in Forza Horizon. The game features a lineup of cars that has been hand-picked to bring you maximum four-wheeled fun no matter where you happen to be driving. Hit the highways in supercars that are designed to push the limits of speed; tackle dirt and mixed-surface racing in cars that were born to toss dirt. You’ll find a wealth of cars to collect, customize, and race in Forza Horizon and each will give you more reasons to smile and fresh stories to tell.