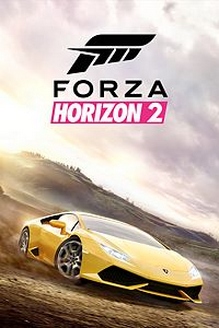 Forza Horizon 2’s delisting on Xbox 360 and Xbox One was announced to take place on September 30th, 2018. Turn 10’s Brian Ekberg confirmed the details in a post on the Forza Motorsport blog on August 17th:

Before the announcement, Forza Horizon 2 was included in the Games with Gold program and was available to all Xbox Live Gold members through the month of August. Anyone who grabbed the game in this timeframe or purchased it previously can still re-download it to their console.

Like the original Forza Horizon, Horizon 2 was likely delisted due to the outstanding number of licensed vehicles and promotional tie-ins (in-game sponsors, music, and personalities) in the game. Horizon 2 was available to download for roughly four years, one year longer than its predecessor, Forza Horizon.

Explore a Massive, Living Open World
The next evolution of the best-in-class Forza graphics engine delivers full day and night cycle with spectacular weather, lighting, and visual effects. Immerse yourself in a vast, wide-open world brought to life in stunning detail. A world of beauty and freedom awaits.

Action-Packed Driving
Smash through fences onto back country dirt trails, plow though fields of crops and dense forests, and discover new shortcuts on your thrilling, high-speed adventures. Take risks and earn rewards for showing off your driving skills and style.

Instantly Connect with Friends
Jump between solo and online play instantly. No lobbies, no waiting. Join or create your own Car Club of up to 1000 members to expand your network of friends and rule the leaderboards. In solo play, Drivatar™ technology fills your world with your friends even when they aren’t online with you. Only on Xbox One.

Your Ultimate Car Fantasy
More than 200 of the world’s greatest cars to drive – from extreme off-roaders to modern supercars, classic muscle and more – recreated in obsessive detail, with full cockpit views, including functional windshield wipers, working headlights, and authentic interiors.