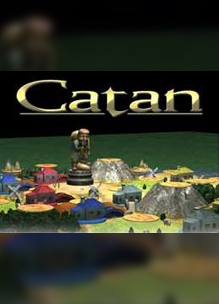 According to Wikipedia, Catan on the PlayStation 3 was delisted as early as 2012, marking four years from the earliest digital release but only two years after the North American and European releases. The four-year timing may relate to the length of Game Republic’s license of the ‘Settlers of Catan’ property, created by Klaus Teuber and owned by Catan GmbH.

Catan, based on the best-selling board game “Settlers of Catan,” places you in the role of a colonist on a newly discovered imaginary island. Through strategy and trading, vie for control with other players over the territory and resources of this uncharted wilderness.

Compete online with your friends from around the world, or go up against a computer personality. Features include an all-new 3-D “Living World” environment and robust computer gameplay to challenge all skill levels–even the experts! Catan is addictive fun for all ages, taking just minutes to learn and a lifetime to master!