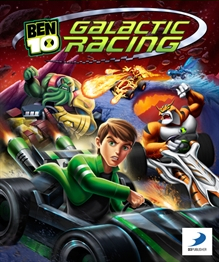 The Xbox 360 Games on Demand version of Ben 10: Galactic Racing was last confirmed available on August 29th, 2016. The next Archive.org capture on June 3rd, 2017 shows that the game had been removed from sale. Based on the collective delistings of other Ben 10 titles published by D3 Publisher, it was likely removed between September and October of 2016. The game was also likely delisted from the PlayStation Store for PlayStation Vita around this time.

“The first kart racing game set in the popular BEN 10 universe features Ben and his alien friends competing in an over-the-top, galactic grand prix through a variety of tracks on five massive worlds! Compete for the best times in the high-speed grand prix modes or engage in four-player multiplayer mayhem!“