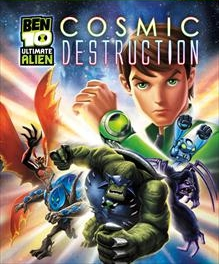 The Xbox 360 Games on Demand version of Ben 10 Ultimate Alien: Cosmic Destruction was last confirmed available on February 2nd, 2016. This is the last Archive.org capture but based on the collective delistings of Ben 10 titles published by D3 Publisher, it was likely removed between September and October of 2016. The game was also likely delisted from the PlayStation Store for PlayStation Portable around this time.

“Ben Tennyson is now an international mega-star super hero after his secret identity was revealed. Equipped with the new Ultimatrix, Ben must travel across the globe to gather ancient Galvan artifacts to save Earth from a mysterious cosmic storm. Take control of Ben and 16 new alien forms from the ULTIMATE ALIEN series and take him across various real world locations such as Tokyo, Paris, and Rome in this new 3D action-adventure game.“

• Take control of Ben and his new Ultimatrix to unlock powerful ‘Ultimate’ versions of established aliens and wield the power of all new aliens
• Upgrade System allows players to enhance their favorite alien’s skills
• Ultimate Events empower players to defeat level bosses through stylized cutscenes and hard-hitting combat interactions
• Journey to iconic worldwide locales including Paris, Tokyo, China, and Rome
• Completely authentic to the TV series using voice actors, sounds, and a new storyline by the original writers of the show