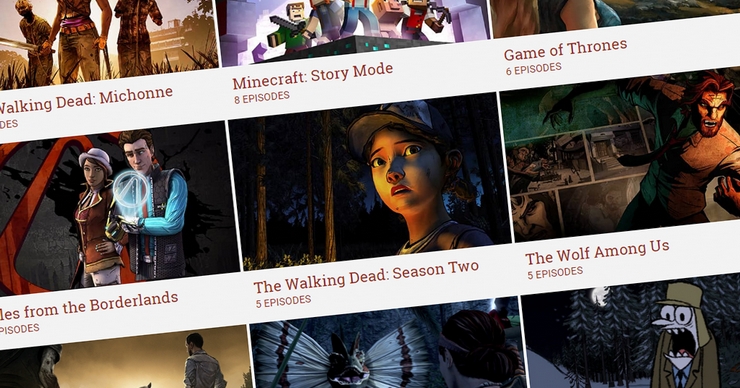 Word broke on the afternoon of November 14th that Telltale Games had entered an Assignment of Contract with the business consulting firm Sherwood Partners. GameDaily has an extensive recount of the publicly available details, including their conversation with Sherwood’s co-founder Martin Pitchinson, but for our purposes I think this snippet sums it up:

“Telltale Games is going through assignment proceedings, a process similar to bankruptcy, but designed to move quickly and settle the company’s affairs. […] ‘A company can go out of business without going bankrupt,’ says attorney and Odin Law & Media founder Brandon Huffman. ‘All that means is that they were able to find someone to give them enough money for assets to pay any creditors or they had the money on hand.'”

The speed at which Telltale’s assets are being handled has already resulted in the delisting of four titles. Twitter user @Nitomatta pointed out on the 14th that Back to the Future, Jurassic Park: The Game, and Tales of Monkey Island had already been removed from Steam. Some hours later Telltale’s entire The Walking Dead series was also removed from Steam.

As of this writing these titles remain available on Sony, Microsoft, and Nintendo consoles (where released) but I wouldn’t hold out too long if you’re interested in picking them up digitally. A sale seems unlikely given that titles are already being pulled but you can save 33% on Steam by buying the Telltale Collection for $186.

I’ll be using this page on SteamDB (Steam login required) to keep track of Telltale’s titles over the coming days and weeks. Eventually I’ll have several new pages added to the site once the dust settles a little more.