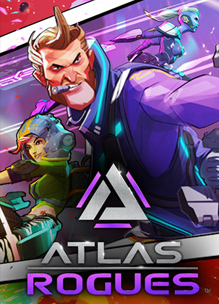 The Atlas Rogues team at Gamigo announced on May 30th, 2022 that Atlas Rogues had been removed from sale, its in-game purchases disabled, and that its servers would finally be shut down on July 5th. The announcement follows:

It’s with a heavy heart that we announce today that the Atlas Rogues servers will be shutting down. This is not a decision that we have taken lightly, but we have concluded that the game can no longer sustain itself.

Starting today (05/30/2022) all purchasing has been shut off. Our current plans are to run the servers until July 5th 2022, this is subject to change and we will announce here if it changes.

For all who bought the game in the year 2022, please contact our customer service and we will provide you with a refund.  For a refund request, please click on the following link: Account Support and choose the category “Purchases Issue”.

To the players, both past and present,

Thank you for spending your time in Atlas with us.

Atlas Rogues started out as a spin-off prototype aiming to turn its predecessor, Atlas Reactor’s PvP gameplay into something cooperative and PvE. The team was excited to revisit the Atlas Reactor universe but reception was mixed and there seemed to be a lot of expectations that it would be another competitive multiplayer game. So strong was the reaction that the team pinned a post to the game’s Steam Community forum outlining how Rogues wasn’t PvP, and that it would never be PvP.

The aim of creating a “fast, co-op, turn-based game” with rogue-lite elements apparently didn’t resonate with fans or newcomers and Atlas Rogues saw under 100 daily active players a few weeks after its launch.

Time is ticking in the city of Atlas. It’s up to you to prevent the Reactor from melting down. Recruit your team from an ever-growing roster of fierce freelancers to recover the Reactor keys from the evil Trusts.

Experience rogue-lite gameplay like never before as you complete dynamic missions and navigate deadly combat zones to kill the Necrolancers while evading their attacks. Fail to stop the meltdown and watch as time loops back, filling every new run with unique content.

Whether playing solo or with a group of friends in exhilarating co-op, every move matters in turn-based PvE combat, so strategize wisely how to grow your power and gather the intel you need to defeat the Trust bosses. Your squad has to work together to survive together in this thrilling addition to the Atlas universe.