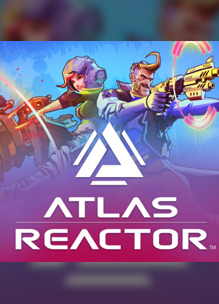 Trion Worlds announced their plans to shut down Atlas Reactor on April 17th, 2019 in a statement that also laid out a brief timeline of events and bonus “parting gift” for existing players. The full announcement follows:

It’s with a heavy heart that we announce today that the Atlas Reactor servers will be shutting down. This is not a decision that we have taken lightly, but we have come to the conclusion that the game can no longer sustain itself.

Mervin Lee Kwai, Vice President of Development at gamigo and a former Executive Producer: “Atlas Reactor was a truly innovative game built by a passionate group of highly skilled developers. I was lucky enough to watch our team breathe life into the world of Atlas on a daily basis. They broke the mold of same-y games, and a dedicated community rallied around the title. Despite the support of this great group of fans, Atlas Reactor never grew big enough to fund its continued development. It’s a shame to see this chapter come to a close, but perhaps we’ll have a chance to revisit the innovative spirit of Atlas in the future.”

Starting today (04/17/2019) all purchasing has been shut off, and we have added new ways to acquire products that were previously for real money purchase. Additionally, we have turned the XP, Flux, and ISO rates up dramatically.

Our current plans are to run the servers until June 28th 2019, this is subject to change and we will announce here if it changes.

For all player who have logged into Atlas at least once between 01/01/2018 – 04/16/2019, we have a small parting gift for you. More information will be sent to the email address that you used to register your Atlas account.

To the players, both past and present,

Thank you for spending your time in Atlas with us.

Competitive PvP
Compete in 4v4 team battles in Solo, Vs. Bots, PvP, Ranked, and Custom games. With the range of ability combos possible, no two matches are ever the same.

Customizable heroes
Battle as one of an ever-growing roster of Freelancers! Customize each hero’s abilities with Ability Mods, which can be saved into loadouts or tweaked to counter enemy teams.

Unique maps and environments
Fight in battles all around the city of Atlas, including the deck of a flying cargo ship, a rooftop garden, a hi-tech laboratory, and the engineering bay of a working reactor core.

Seasonal stories and rewards
Experience Atlas’ story through “Seasons,” a multi-week arc where players can influence the fate of the world and challenges reward regular gameplay with bonus loot!

A futuristic universe
Enter a cloud-piercing megacity where Freelancers fight for (and against) monolithic Trusts vying for control over the last Reactor on the planet.

Thanks to Romeo Anderson for submitting this game to the site