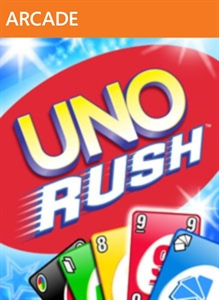 UNO Rush was confirmed delisted from Xbox Live Arcade by Twitter user lifelower no later than December 30th, 2014. Microsoft licensed the UNO property from Hasbro in 2005/2006 and was able to keep UNO Rush (and its predecessor, UNO) online after Electronic Arts struck their own deal with Hasbro in 2007. Ubisoft announced in August of 2014 that it was the new license holder for Hasbro properties resulting in the delisting of both UNO titles from Microsoft and most EA published titles.

“UNO RUSH™ is a challenging and exciting party card game for up to four players. Developed by the same Microsoft team that brought the original, best-selling UNO® to Xbox LIVE® Arcade, UNO RUSH™ boasts exciting gameplay and social features – multiple variants, house-rule options, local and Xbox LIVE multiplay, camera support, avatar support, full XSAM (LIVE Party Chat) support and more – plus fast-placed gameplay to keep the party going! Sort your cards whenever you have a second to think, because they’re played automatically on your turn. Think fast, keep an eye on your opponents’ cards, predict the flow of play, and above all, don’t forget to call UNO!“