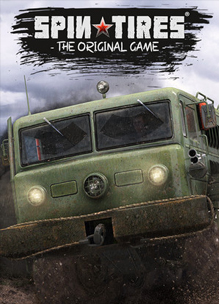 Spintires was delisted and unavailable on Steam between August 1st and August 15th, 2019 after an “unverified individual from Russia” filed a DMCA takedown with Valve (original post deleted, reposted on Reddit). The matter was settled at the time and the game returned to sale on August 15th, 2019 before being delisted again on January 4th, 2021.

Oovee and Saber Interactive have long been embroiled in legal disputes over ownership of the Spintires property and usage of its name. In 2017 Saber Interactive launched the spin-off title, MudRunner, and initially included ‘Spintires’ in the name. Thanks to a ruling in 2018, Saber dropped the name from its MudRunner titles but has continued to fight over the property. It would appear that their latest efforts have removed the original Spintires from Steam, either due to a new court ruling or a similar DMCA takedown claim filed with Valve.

Unfortunately, many of the details of these proceedings are confidential but users on the Oovee forums have compiled much of the factual information available. This post by user Unster is particularly succinct and includes links to the USPTO filings released to the public so far. As of this writing, two months after the delisting and with no official word from Oovee, it is questionable if Spintires will return to Steam once again.

Winch yourself, or friends out of a mudslinging exercise and explore the depths of Russia, finding garages and fuel stations to keep your vehicle alive – carry logs and bring them to the objectives without becoming lost or stuck in the mud. Unlock and use more capable vehicles, or install one of the vast amounts of attachments available to help you along the way.

Offering a truly immersive driving experience, watch in amazement as your vehicle becomes entangled in trees, bogged down in mud or swept away by river currents. A physics sandbox that is vastly moddable with a huge modding community expanding the horizons every day – try some of the mods available on the Steam workshop or have a go at creating your own with the included Spintires Editor.