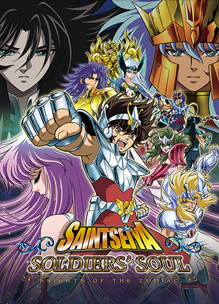 Like its predecessor, Brave Soldiers, the cause for the delisting of Soldiers’ Soul is uncertain but likely relates to licensing of the Saint Seiya property from the various international partners behind the long-running anime and manga series. As such, the remaining versions of the game, especially on PlayStation 4, are expected to be delisted by 2022.

Thanks to @dbshinnin for submitting this game to the site