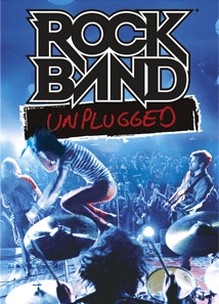 Rock Band Unplugged was likely delisted around October of 2014 on PlayStation Portable. We could not find confirmation of the timing but Harmonix’s titles are typically delisted near their five-year anniversary. The game was delisted due to expired licensing of the numerous songs featured in the game.

Rock Band Unplugged, based on the award-winning Rock Band series of games, features 41 songs on-disc that encompass popular tracks from the Rock Band Music Library, as well as nine songs exclusive to Rock Band Unplugged for a limited time before becoming available as downloadable content on other console versions. Staying true to the Rock Band franchise, the Rock Band Unplugged soundtrack spans all genres of rock, from punk and metal to alternative and classic rock, including Nirvana, Bon Jovi, The Police, The Jackson 5, and Tenacious D.