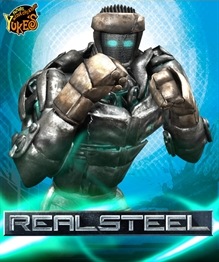 Real Steel was delisted on Xbox 360 and PlayStation 3 on February 9th, 2017. Unfortunately, the news was not shared by the game’s official Twitter account until February 13th, four days after the game’s removal. The delisting was most likely caused by expired licensing from Dreamworks Pictures.

“The downloadable game “Real Steel” will be discontinued on 2/9/2017. Thanks to all those who supported the game for so long,” read the official tweet which was preceded by the same message in Japanese.

“This is a robot boxing game based on the upcoming film, “REAL STEEL”. The player assumes the role of an owner of a fighting robot, and must battle against many different rival robots in an attempt to become champion of several levels of fighting tiers. Players earn in-game money by winning matches and, using this money, must periodically improve their robot, making it stronger and more fit to compete in the higher level match tiers.

The vast amount of customizable parts and selectable equipment makes for over 100 million possibilities of custom robots! In addition to single-player mode, the game also supports online multiplayer combat, which means players can search for new opponents from all around the world. Take your own personalized robot and aim for the top of the world of robot boxing!“