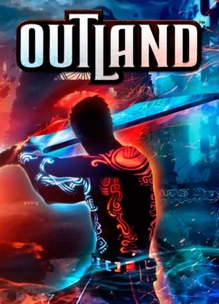 Outland returned to sale on Steam on October 9th, 2020. Housemarque tweeted a few days prior to announce its return but did not offer an explanation for the extended delay. The original delisting details follow.

Outland was delisted from Steam on December 19th, 2018. The day prior, Housemarque tweeted that December 19th would be the last day to buy the game on Steam or from Humble Bundle. In a later reply, Housemarque only confirmed that the delisting was expected to be temporary and that “hopefully it will be back shortly”. However, as of June 2019 the game has yet to return to sale on PC platforms.

Housemarque published the title themselves on PC while the console versions were released by Ubisoft and are still available digitally as of this writing. The delisting could be due to some complication or content in the PC version.

“In the middle of Balance and Chaos, now stands one man whose efforts may bridge the ancient divide, or doom the world to destruction.

The award-winning studio Housemarque, maker of Super Stardust HD, teamed up with Ubisoft to create an ambitious platformer. Each player’s adventure will take him between light and darkness and force him to adapt to an ever-changing world.“

Thanks to Anthony Zeccardi for submitting this game to the site