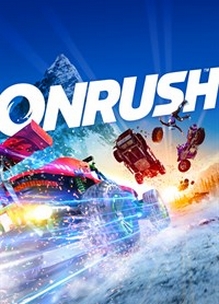 ONRUSH was first delisted on Xbox One in early October of 2020. No public notice was given ahead of time but after we reported on the game’s disappearance Codemasters replied on Twitter with the following explanation:

ONRUSH on Xbox is currently in need of a security server update, meaning multiplayer will shortly be unavailable until December. Players can continue their progress in the single-player game modes. We sincerely apologise for the inconvenience, and we will compensate all players with free in-game virtual currency. This only affects players on the Xbox family of devices. During this time, ONRUSH has temporarily been removed from the Xbox Store.

A commenter confirmed that the PlayStation 4 version received its security update in September of 2020. We found no confirmation that the game was temporarily removed from sale during that time. The Xbox One version was eventually patched and relisted on January 7th, 2021.

ONRUSH would remain available until it was delisted on both PlayStation 4 and Xbox One close to September 18th, 2022. The removal was most likely tied to the game’s usage of GameSparks for its online features which shut down on September 30th, 2022. Around this same time Electronic Arts updated their Online Services Shutdown page with the following announcement:

Thanks to everyone who has supported our game – it’s been a RUSH. With player numbers in online modes dropping to low levels, we will be shutting down the servers from November 30, 2022. For ONRUSH fans who want to continue playing, offline modes will continue to be available.

ONRUSH heralds the return of all-action, gravity defying, arcade racing. A celebration of sensational speed, outright fun and over the top spectacle ONRUSH is a racing game where you are always in the heart of the action. ONRUSH is not about racing to the finish line. It’s not about car set up or tyre choice. It’s all about style, flair and the feeling of performing incredible takedowns, racing on the edge of control and risking everything in an effort to take the victory for your team. No arcade game would be complete without Boost, and ONRUSH takes this to the next level with RUSH – the ultimate racing power up. A devastating and exhilarating burst of energy and power, RUSH is a true game changer that can wreak havoc and destroy your competition.

Thanks to Dom for submitting this game to the site