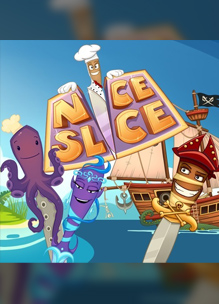 It’s a game where you try to cut things into as many little pieces as you can, without missing your mark. The cast of characters consists of some of the sharpest heroes ever. Visit their colorful world filled with choppable food and help them on their quest to achieve perfection, and make every cut a proper nice slice!

What are you waiting for? Just play and chop-chop!