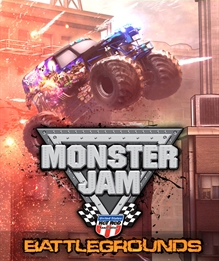 The game was presumably delisted due to expired licensing from Feld Motor Sports, Inc. who owns the Monster Jam name as well as several monster trucks including Grave Digger. It appears the license has moved to THQ and Rainbow Studios who are releasing Monster Jam Steel Titans in 2019.

“Monster Jam® Battlegrounds brings the ever popular touring show straight to the fans with roaring engines and crushing action. Not only does this game replicate the world renowned Monster Jam stadium and arena events, but it also takes fans out of the stadium and into other environments for physics based skill and stunt challenges.“