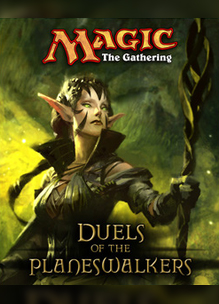 Magic: The Gathering — Duels of the Planeswalkers brings the world’s premier trading card game to your living room! Play single and multiplayer campaign modes, test your skills with unique challenges, and engage online opponents via Xbox LIVE. With multiple game modes, an interactive tutorial, leaderboards, and achievements, Duels of the Planeswalkers has something for everyone!