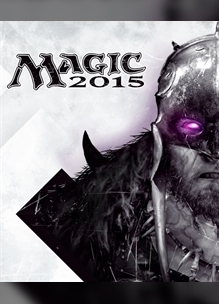 Command powerful creatures and wield devastating spells to defeat your opponents in this epic game of strategy.

Hone your skills as you battle your way across the planes of the Multiverse. Beware though, Planeswalker. Your biggest danger lies ahead. Garruk Wildspeaker, the greatest hunter known, has fallen under the curse of the Chain Veil. He now mercilessly stalks his own kind. Find him and stop him … before he finds you!

Explore the rich storyline of Magic 2015 and sharpen your game: