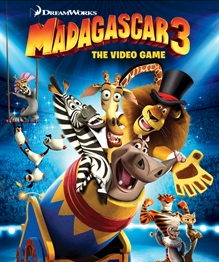 Madagascar 3: The Video Game was last confirmed available on Xbox 360 Games on Demand on July 6th, 2015. It was confirmed delisted by September 16th, 2015. It is assumed the downloadable PlayStation 3 version of the game was also delisted around this time.

The delisting comes close to the three-year anniversary of the game’s release and was likely due to D3 Publisher’s expired license to the movie from Dreamworks.

“In Madagascar 3: The Video Game, adventure with the entire cast of Madagascar including Alex the Lion, Marty the Zebra, Gloria the Hippo and Melman the Giraffe while you find a way home under the perfect cover: a traveling circus. Travel across Europe to promote the circus by completing missions, performing amazing publicity stunts, and dazzling the crowd with a mini-game based circus extravaganza!“