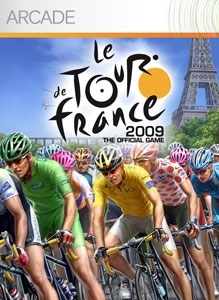 Le Tour de France 2009 was delisted from Xbox 360 in January of 2019 according to reporting from TrueAchievements.com. It was delisted in the same month as other Tour de France titles from 2009 through 2013. Newer titles in the series remained available at the time, indicating the delistings were likely due to rolling licensing from the Amaury Sport Organisation (ASO), the French media group who runs the Tour de France.

Unlike newer titles in the series which were released on physical media, this 2009 entry was exclusive to Xbox Live Arcade and as such is considered Extinct.

“Tour de France 2009 is the most famous cycling race’s official simulation game. Choose one of the 18 official teams and lead it through 2009 edition’s 21 official legs by interacting directly on you riders. Early breakaways, fights for jerseys, sprints are some of the possible behaviors that are particularly specific to the sport. Race up to 4 players, wheel to wheel, on Live Arcade to lead your team to the highest step on the podium.“