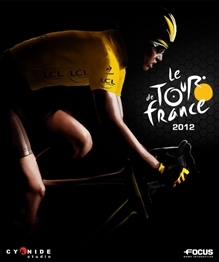 Le Tour de France 2012 was delisted from Xbox 360 in January of 2019 according to reporting from TrueAchievements.com. It was presumably delisted on PlayStation 3 around the same time. The game was delisted in the same month as other Tour de France titles from 2009 through 2013. Newer titles in the series remained available at the time, indicating the delistings were likely due to rolling licensing from the Amaury Sport Organisation (ASO), the French media group who runs the Tour de France.

“READY FOR A GRAND TOUR? Join a pro team and challenge the champions of the moment in the world’s most prestigious cycling race. Experience an exceptional Tour de France and compete in the most intense stages. Adopt the best strategies, make good use of your team’s support, and form alliances to wear the coveted trophy: the yellow jersey! With its range of advanced features including multiplayer, online leaderboards, and a talented team of AI racers, Tour de France 2012 is the ultimate cycling simulator on consoles.“