Roll7 and 505 Games recently updated the PlayStation 4 and Xbox One store pages for Laser League to announce that online services and multiplayer on both platforms will end on February 28th, 2022. Once these services are shut down it looks like several Achievements and Trophies will likely become unattainable on consoles as well.

So it seems CE-Asia wasn’t interested in maintaining or relaunching the console versions of Laser League. Depending on how the publishing deal was arranged with 505 Games, the PlayStation 4 and Xbox One versions may be delisted as early as this month, or maybe next February, or possibly years down the road. It’s hard to tell at this point. Although it was designed as an online multiplayer game, Laser League does support local play so it won’t be completely unplayable after February and may remain on sale.

I’ve added the date to the Watch List calendar for now. Thanks again to Wakayama_PT for pointing out the news. 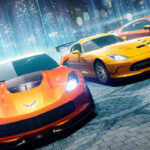