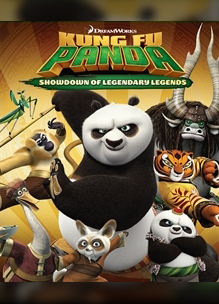 Publisher Little Orbit announced on December 8th, 2018 that their licensing deal with DreamWorks Pictures was coming to an end and that their last licensed title, Kung Fu Panda: Showdown of Legendary Legends, would be delisted on January 1st, 2019. The full statement follows:

Unfortunately the license for Kung Fu Panda Showdown of Legendary Legends is coming to an end.

On January 1, 2019 the time will come to remove the game from Steam. For a limited time before that happens, we have added a special Final Showdown bundle that includes the game and all the DLC for 50% off.

Also for the last two weeks (the maximum time we can run a sale), effective December 17th through the end of the year, you will be able to buy the main game for 50% off.

We hope that everyone enjoyed the game.

Although the announcement was posted exclusively on the game’s Steam page, almost all digital versions of Showdown of Legendary Legends were removed from sale early in January. As of May 2022, the Xbox 360 version remains available digitally, likely due to an oversight. The game remains available on physical media.

It is an age of Kung Fu heroes, warriors, and best of all, LEGENDARY LEGENDS! Face-off alongside or against Po, Tigress, Monkey, Tai Lung, Master Shifu, and all of your favorite Kung Fu Panda characters in the Showdown of Legendary Legends. Up to four players compete in iconic locations throughout the Valley of Peace and beyond. Compete in an epic Tournament where all Kung Fu warriors contend for honor and glory. Who will reign on top as the mightiest warrior in the land? Will it be a mighty hero or a cunning villain?