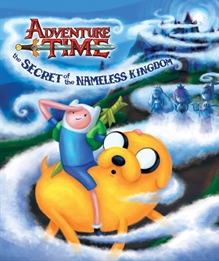 The Games on Demand version of Adventure Time: The Secret of the Nameless Kingdom was delisted on Xbox 360 sometime after November 8th, 2016 but no later than December 31st, 2016. It is assumed that Little Orbit did not seek to relist the title due to specific arrangements of the Games on Demand program. It is unlikely that the Xbox 360 delisting was tied to Little Orbit’s licensing of Adventure Time. However, all versions of the game would be delisted within two year’s time.

Little Orbit next announced via Twitter on March 24th, 2018 that both Adventure Time: The Secret of the Nameless Kingdom and Adventure Time: Finn & Jake Investigations would be removed from Steam, Nintendo, PlayStation, and Xbox platforms on March 31st, 2018 at midnight PST. On PlayStation that also included removing the games from the streaming PlayStation Now service. Until the 31st, the games were offered at a 25% discount on Steam. 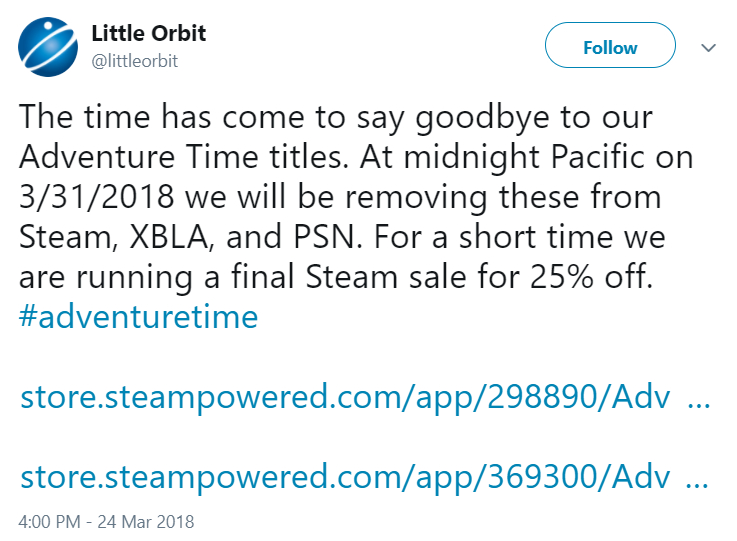 This broad delisting of all versions of both games, with advanced notice provided from the publisher, indicates that Little Orbit’s license of the Adventure Time property has come to an end. The games remain available on physical media for most platforms.

OH MY GLOB!
What time is it? It’s time to join Finn (the human) and his best bro Jake (the shape shifting dog) on an original heroic adventure through the mysterious Nameless Kingdom. Go on epic quests, solve challenging puzzles and uncover hidden secrets by exploring a new realm created exclusively for the video game.