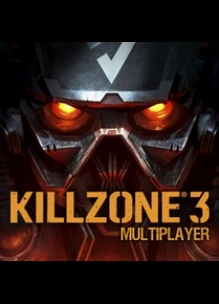 The free-to-start release, Killzone 3 Multiplayer, was likely removed from the PlayStation Store for PlayStation 3 near the end of March 2018. On December 20th, 2017 Guerilla Games announced the end of online multiplayer for Killzone 2 and 3 in a short announcement on their site:

“”On March 29th, 2018, after more than six years of operation and countless battles between the ISA and the Helghast, the online servers for Killzone 2 and Killzone 3 will be decommissioned. The single player campaign for both games will remain accessible, but online play and related functionality will no longer work.

As we near the end of the online lifecycle for Killzone 2 and Killzone 3, we’d like to express how grateful we are for all the support and feedback we’ve received from the community over the last eight years. Your enthusiasm is what drove us to hone our craft and grow as a studio. We hope you enjoyed playing Killzone 2 and Killzone 3 online as much as we did creating them.”

Killzone 3 Multiplayer was released for free and gameplay was unlocked up to a certain level. Skill trees and other features were locked unless the player paid $14.99 to essentially unlock the full multiplayer mode.

“The complete Killzone®3 online experience – enjoy fierce 24-player battles using the latest ISA and Helghast weapons and technology. This game is playable in 2D or 3D. To enjoy stereoscopic 3D features, you will require a 3D TV that supports 3D stereoscopic display and 3D compatible glasses“

Thanks to Yes for submitting this game to the site