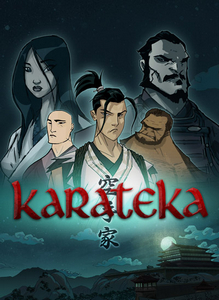 Karateka was delisted on Xbox 360 between August 7th and August 12th, 2017. The 7th is the last date where an Archive.org capture shows the game was available to buy. The game remains available on Steam and PlayStation 3 where it is published by DotEmu and Karateka LLC respectively.

Prior to DotEmu, Karateka LLC was also the publisher of the Steam version of the game through 2015. This suggests that D3 Publisher chose not to renew their arrangement with the company over the Xbox 360 version and that Karateka LLC has so far chose not to step in as the new publisher and have the game relisted for sale.

“Created on an Apple II by Jordan Mechner in his Yale dorm room, Karateka became a #1 bestseller and influenced a generation of gamers with its groundbreaking rotoscoped animation and cinematic cutscenes.

Whether you are a nostalgic Karateka fan or new to the game, Karateka will charm you with its classic love story set in feudal Japan. Fight to save the lovely Mariko from the evil warlord Akuma and reunite her with her True Love!”