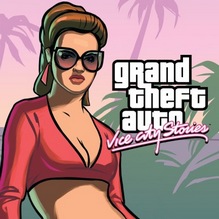 Grand Theft Auto: Vice City Stories was delisted on PlayStation 3 and PlayStation Portable no later than July 24th, 2017. This is the date that the game’s availability was first brought into question on its GameFAQs forum page. Shortly after, on August 8th, the PlayStation Vita subreddit also confirmed it was no longer available.

Nearly two months after, on September 29th, GamesRadar reported that Vice City Stories, along with Liberty City Stories and two other Rockstar titles, had been rated by the ESRB for release on PlayStation 4. These listings have since been removed and as of this writing in October of 2018, none of the titles have been released.

Although it was included in the ESRB’s listing, Liberty City Stories remains available to buy on the PlayStation Store indicating that Vice City Stories’ delisting was more likely due to music or other licensing. Among its exclusive radio stations are dozens of major songs from the 70’s and 80’s, any one of which could have resulted in the delisting.

At this time the game is only available on physical media for the platforms it was originally released on: PlayStation 2 and PlayStation Portable.

“Vice City, 1984. Kicked out onto the streets of a city torn between glamour and gluttony, Vic is faced with a stark choice – build an empire or be crushed.This title has been converted from the original PlayStation®2 version to the PS3™ system. Consequently, there may be times where the title plays differently from the PlayStation®2 version, or where some features may not function properly. This version does not support PlayStation®2 peripherals, therefore functionalities such as multiplayer, versus, and co-op modes are not available.”

Thanks to D4RKM00N for submitting this information to the site.