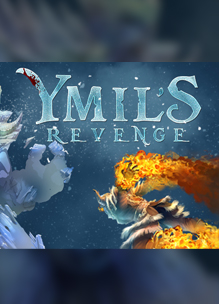 Forge was shut down and delisted on Steam on January 8th, 2015. Previous to this, the game transitioned to a free-to-play model in 2013 but apparently didn’t generate enough active players or profit from in-game items to sustain development beyond 2014. The spin-off title, Forge: Ymil’s Revenge, was delisted a few days later on January 10th, 2015. Dark Vale Games posted on the franchise homepage in regards to both Forge and Forge: Ymil’s Revenge:

Thank you for 3 years of support and gameplay! The team at Dark Vale couldn’t have done it without you! Unfortunately, it’s expensive to keep a game live. And without additional investment, we’re forced to take a bit of a hiatus. We’re hopeful that things turn around and we can get back to work on building out the Forge Universe. And if any of you know a Daddy Warbucks, please send him our way!

–The Team at Dark Vale Games

The sequel from Dark Vale Games’ Forge: War comes Forge: Ymil’s Revenge. A multiplayer action platformer where 4 Forge classes battle against a single, player controlled Ice Giant in action packed 5v1 battles. Play as the Frostunn monster class to use deadly abilities to kill your enemies or choose from one of 4 Forge classes to team up and take down the Frostunn! Play and progress, unlocking special skins, weapons and upgrades, all the while ensuring your rank is at the top of the Forge leaderboards!

These are Dark Times. The world where the Vaklyndr once thrived is no more. A great beast known as The Devourer has swallowed their gods and created a world known as The Forge. Now, with their gods sleeping, the Vaklyndr must protect themselves and their gods, take up their weapons and fight to set them free. When The Forge was formed, it caused avalanches throughout Mitgarde. Ymil, a cruel an vindictive god, had been locked away deep in the largest Mountain of Mitgarde by the other gods. When the avalanches fell, Ymil was freed from his icy prison. And has unleashed the Frostunns.

Play as a Vaklyndr to fight to free your sleeping god from the Forge. Or, play as one of Ymil’s ice giants known as the Frostunns so he may continue to gain power and resist being consumed by the Devourer in Forge, Ymil’s Revenge.